Records In My Life: Pictureplane

This week's episode of Records In My Life features Travis Egedy of the electronic project Pictureplane.  He picked out a few classic albums including Nirvana and Madonna, as well as personal favorites such as Purient and Wolf Eyes. A very enthusiastic interview, quite an easy one to film down at Red Car Records once again. Have a look!

Check out more episodes at this link!

Records in my Life: Yo La Tengo

Northern Transmissions and Boutique Empire proudly present another episode of Records In My Life, this week we feature an in depth interview with Ira Kaplan of Yo La Tengo.  Ira was so comfortable and charming during the filming of this interview, he really went into depth and detail on his record choices, including  referencing The Kinks, "a gigantic band in my life" and how he went to shows in NYC when he was still a kid and saw that band performing for on $2 in central park!

Filmed in the greenroom backstage of The Vogue Theatre, Vancouver, Canada.

We held our first xmas party at the Isabelle Dunlop Clothing Store on Thursday night, and it was a blast!  The Population Drops performed a tight showcase set in the front of the store and we all shared in a few festive drinks and amid Isabelle's fashion and the mysterious Jean Vercoe's art.

Big thankd to all our friends for coming down to celebrate a successful second year at Isabelle Dunlop Clothing.  It's been a great season so far, and it was fun to share a few laughs and stories with everyone.  Thanks to The Pop Drops for performing, Jean Vercoe for the art, Red Truck Brewery for the beer, and of  course Isabelle for hosting the party in her store! 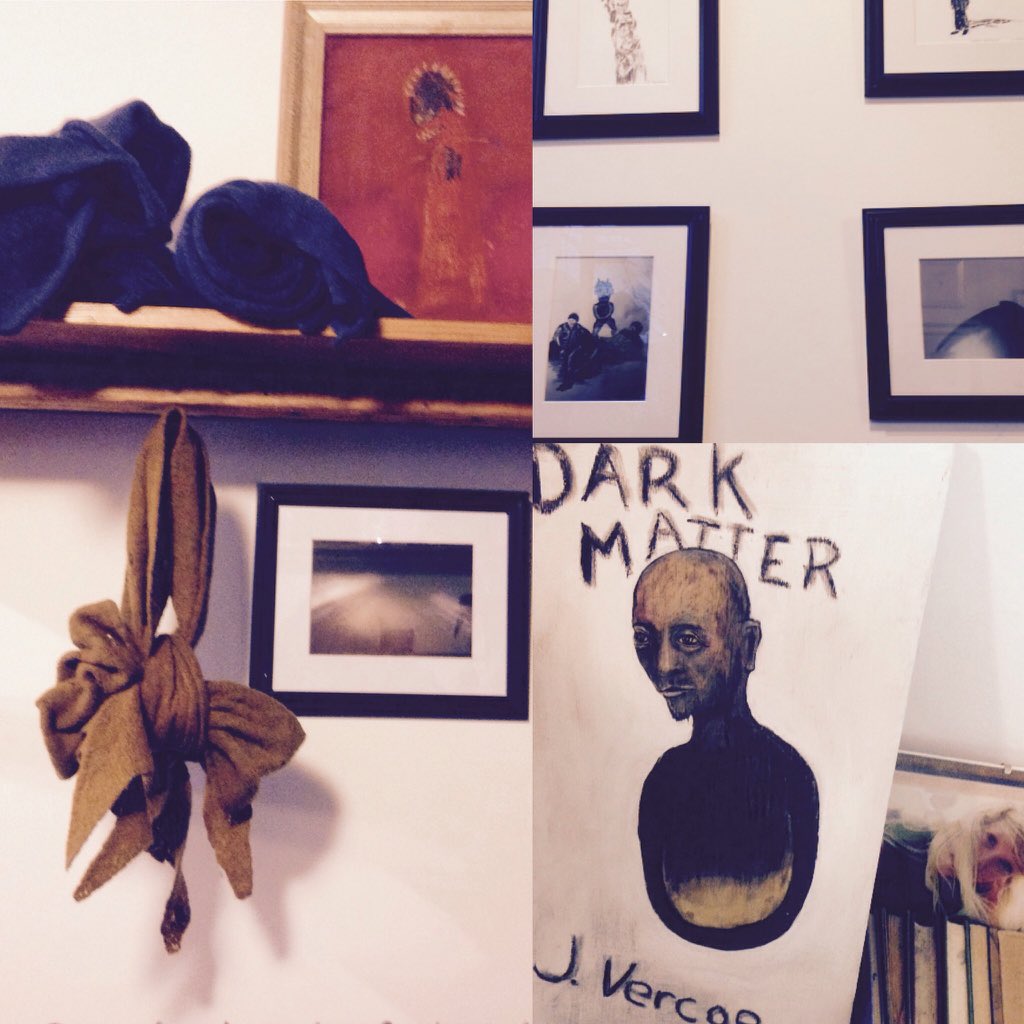 Hope you're all having a good time this season and hope to see you soon!

Records in My Life: Joanna Gruesome

Northern Transmissions and Boutique Empire presents this week's episode of Records in My Life featuring Owen Guesome from the Welsh band Joanna Gruesome.   Owen joined us in the lobby of the illustrious Cobalt Motor Hotel to discuss a few of the albums that had made impressions on him, the band's music and in the case of Nina Simone, he just loves!   A couple surprising picks in this list for sure, check it out. 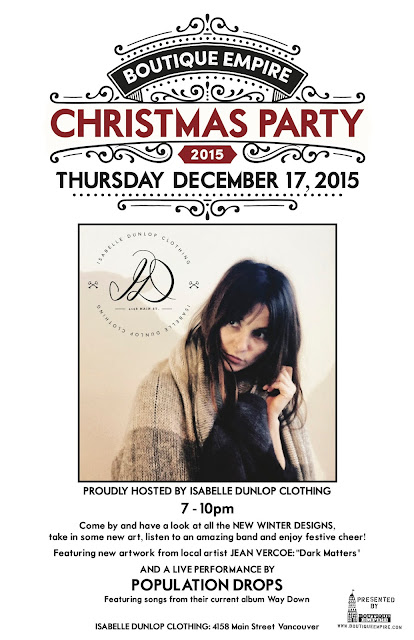 Thursday December 17th-2015, we are having our Boutique Empire xmas party at the Isabelle Dunlop Clothing store.  Help us celebrate a great second year of the store along with new art from Jean Vercoe, live music performance from The Population Drops, DJ sets from Combine the Victorious and festive drinks!  The store is full of new wool items and Isabelle's timeless fashions, and and we would love to see you drop by for a look and listen!

The Population Drops perform at 8:45

Join us for some fun!

Records In My Life: RIDE


It was quite cool meeting Mark Gardener from the band RIDE the other week.  As a fan of the band if was interesting to hear him discuss the albums that helped shape his musical career.   From The Beat with its great Ska, to the Beach Boys through The Smiths,  the Cockteau Twins and Joni Mitchell Mark was generous with his stories and detailed in his love of the music.

Northern Transmission and Boutique Empire present Records In My Life featuring Ride.  Check it out!

Opening theme music: Best Tonight by Combine the Victorious
Episode features Leave Them All Behind by Ride

Posted by Boutique Empire at 11:29 AM 0 comments

Records In My Life: Broncho

Northern Transmissions and Boutique Empire present another episode of Records In My Life, this week featuring Ryan Lyndsey from the Band Broncho.   Ryan was very charming and came into Red Cat Records and quickly listed off five albums that have been sources of inspiration and excitement for him.  The Pretenders, The Cars and even Dire Straights get listed this week!  Have a look, it's a good one.

Posted by Boutique Empire at 11:36 AM 0 comments