Combine the Victorious is performing this Friday to celebrate the release of Paros at Electric Owl, here in Vancouver, July 27th 2012. 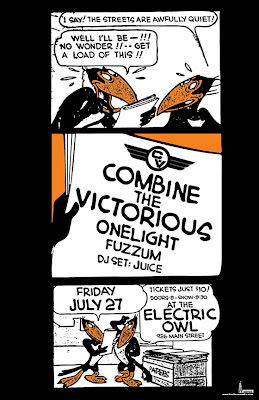