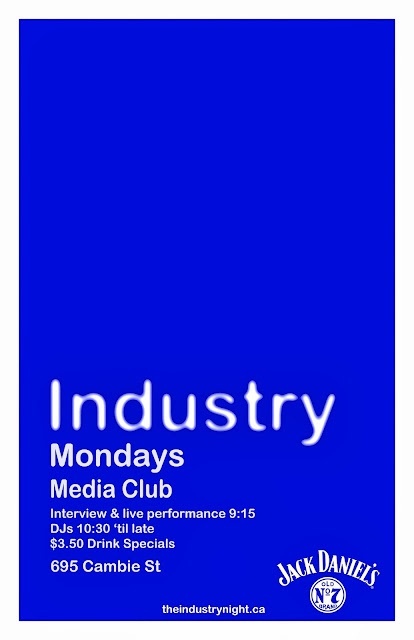 We are soon to be a part of a new night here in Vancouver: Industry.  Held at the Media Club on Mondays we will be showcasing a different band with a special guest host each night, all to be captured on video and rebroadcast to the world.

The concept is to help illuminate rising local talents of Vancouver, feature some colourful characters from the scene, and have a great dance party to celebrate the night.  Each Monday, starting Oct 21st, we will have a guest host interview the night's showcase band before a live audience with a succinct set from the featured act, all to be followed by special guest  DJ's to make a full evening of music, dancing and fun.  The fine people of Vandocument.com have also offered to be our camera crew for this night, so the video's should be world class too!

To top things off it seems we are fortunate enough to have our night sponsored by none other than Jack Daniels, just to make sure the rock and roll maintains its full bodied flavour!  ($3.50 JD shot anyone?)

The first interview/showcase will be Japanese Girls on Oct 21st.  Before that night we will be having a few dance nights just to introduce the music to a new audience, and establish the vibe.  Come join us next Monday, Sept 23rd, for a truly affordable night out with great music in a cool space.

Last week, the imaginative and artistic Dale Darlington put together the most creative photoshoot we've been a part of to date. Capturing Isabelle Dunlop's latest fashions from under water was his concept and quite honestly the results are both beautiful and exciting. The way distorts and diffracts, the fabric floats and pulls, the weightlessness of the models and unusual angles all make for a wonderful image. Have a look at the photos below and see if you don't agree. I think a few would make great album cover art too!  Congratulations to Dale and Isabelle for such a successful creative collaboration. 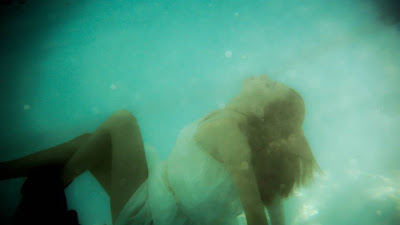 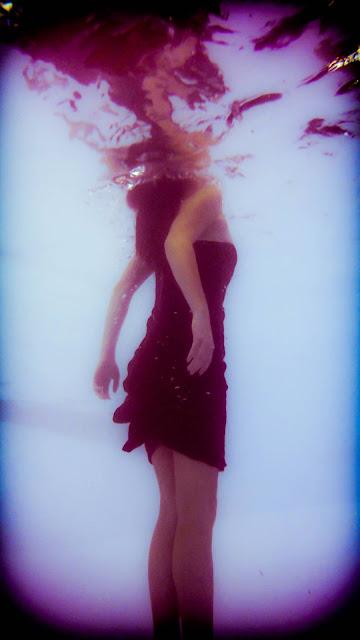 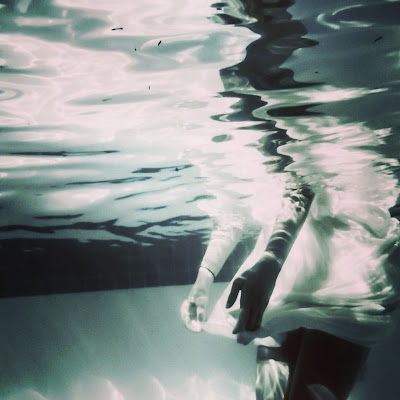 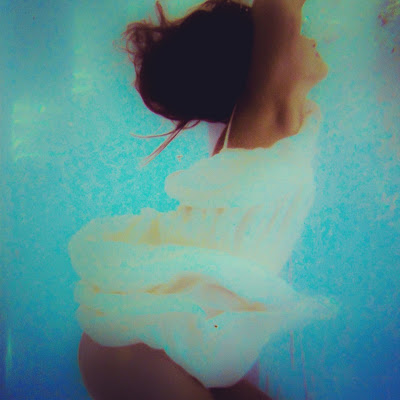 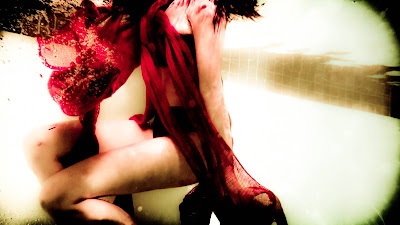 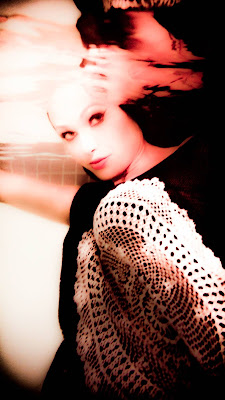 Posted by Boutique Empire at 11:18 AM 0 comments

Gastown Pop Up in Full Swing

Isabelle Dunlop's Gastown Pop Up is up and running, with a great start this past weekend.  Her scarves, coats, capes, tops and dresses all on display and ready to try on.  Combine the Victorious has prepared an interesting new acoustic set that they'll perform at 7PM on Thursday evening.

Posted by Boutique Empire at 10:40 AM 0 comments