Really enjoyed meeting Joe and Dave from Glass Animals.  They were both droll and informative with us and offered some good stories along with the records they discussed.  I've become fond of the new How to be a Human being album as well.  Check it out.  One of our best interviews we shot this year!

Posted by Boutique Empire at 11:54 AM 0 comments

Email ThisBlogThis!Share to TwitterShare to FacebookShare to Pinterest
Labels: Dave Bayley, Glass Animals, How to be a Human Being, Joe Seaward, Music Interview, music recommendations, Records in My Life, RIML

What inspires Sex With Strangers? #RIML


Records In My Life had the pleasure of interviewing Hatch Benedict and Cory Price of the band Sex With Strangers just before soundcheck at the Fox Cabaret this October.  Sex With Strangers
is celebrating their sixth studio album, "Discourse," produced by Jason Corbett (Northern Light Records). 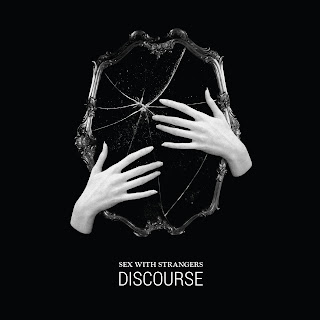 Sex With Strangers have a new video out for the first single Gift of Fear and are already in production with the follow up.

The band goes back a long ways with me, and a big part of my love for them has always been their humour.  I think the interview shows a glimpse into the world of Sex With Strangers, though it would take more than six minutes to capture the energy of friends making music together for 20 years!

In case you've missed SWS's immense repertoire over the past decade, here's a fun place to start.  New City Anthem from their Tokyo Steel album.


Posted by Boutique Empire at 3:38 AM 0 comments

Phantogram on Records In My Life

Records In My Life met with Josh Carter (Sarah Barthel was feeling ill and opted to ave herself for the show) of PHANTOGRAM and had a very musically interesting and fun interview with the guitarist.  Later that evening I was granted a photo-pass so managed to capture some live footage of the band during the sold out show at the Commodore Ballroom.  A great night!

Alexis and Malcolm from the band Youngblood filmed an interview with us before their Feel Alright EP release show here at the Fox Cabaret last week, here in Vancouver.  The two showed their great chemistry in this laughter filled interview, each sharing with us their early music loves, as well as the albums they listened to in the early days of Youngblood when searching to define the band's sound.  Youngblood is on quite a nice rise these days, with recognition from Juno Awards Canada, very favorable ep reviews, and rapidly expanding Spotify fanbase!  We wish the band all the best and hope you enjoy this clip as much as we all did filming it!