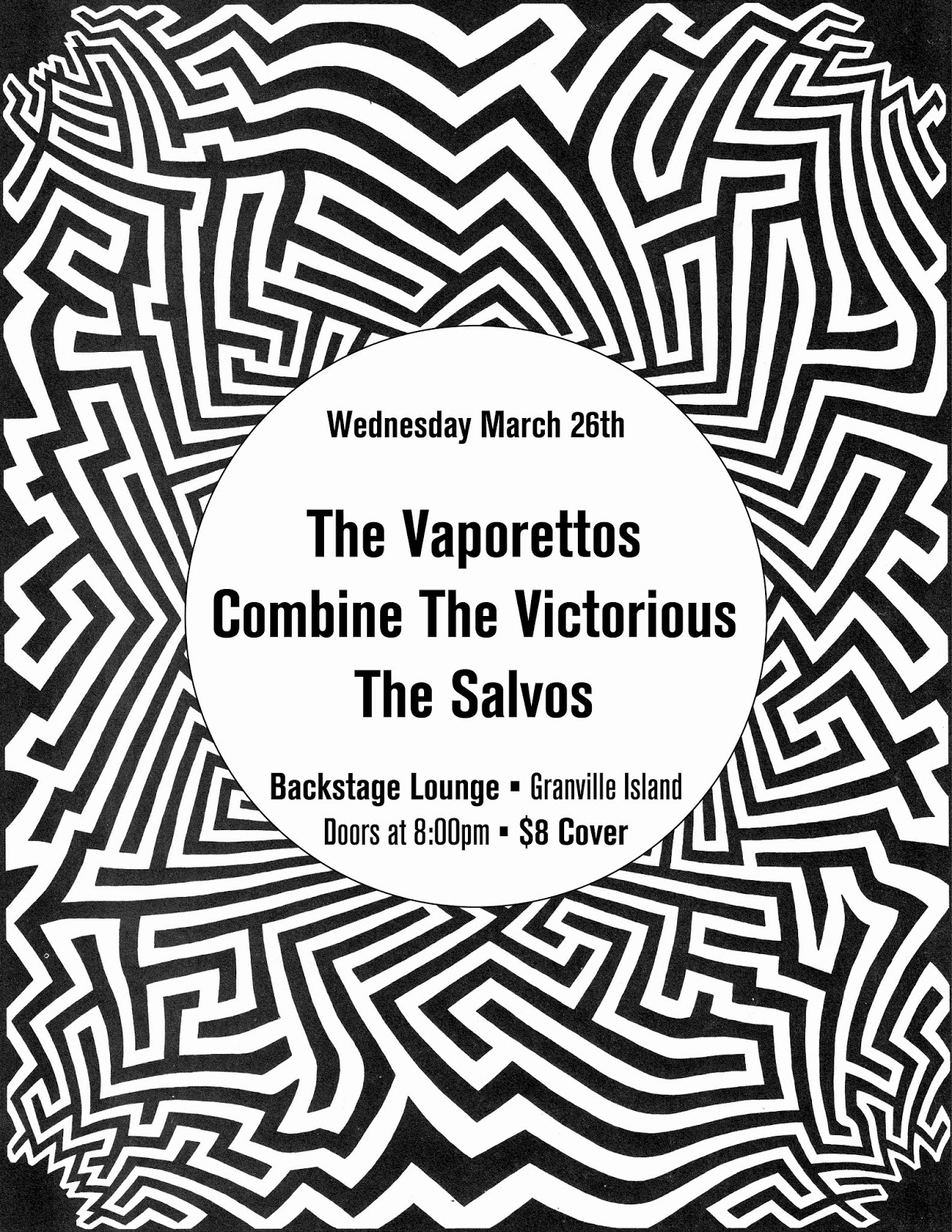 In preparation of a Scottish appearance this summer, Combine the Victorious will be performing as a duo this Wednesday at the Granville Island Backstage Lounge.  They are debuting two new songs, as well as new arrangements for other current favorites.


Opening the night's musical entertainment will be The Salvos, and then the debut of The Vaporettos at approximately 10PM.  Combine the Victorious will be on stage just after 11PM.

It promises to be a night of quality.  You should come.


Posted by Boutique Empire at 4:25 PM